On May 10, 2013, the ceremonial Opening of the World Hearing Center took place, with the participation of the Marshal of the Sejm Ms. Ewa Kopacz, Prime Minister Mr. Donald Tusk, Minister of Health Mr. Bartosz Arlukowicz, Minister of Regional Development Ms. Elzbieta Bienkowska, Archbishop of Warsaw Cardinal Kazimierz Nycz, His Excellency the Ambassador of Algeria Abdelkader Khemri and many representatives of the Ministries of health, education and science, national authorities, Polish Academy of Science, chancellors of 7 universities and almost 200 other representatives of Polish and foreign departments and clinics. Furthermore, in the ceremony participated also the representatives of scientific societies and non-governmental organizations such as: The American Otological Society, Collegium Oto-Rhino-Laryngologicum Amicitiae Sacrum, European Federation of Audiological Societies, Politzer Society, the Institute of Cardiology, the Institute of Mother and Child, the Institute of Occupational Medicine, the Polish Business Club Association and the Polish Business Club Association.

Official ceremony was preceded by the press conference on which there were accredited 81 journalists, reporters and press photographers. Twelve cameras followed the events during the opening and arrival of 3 external broadcasting vans ensured live presence of the event in media. During these days, more than 100 radio and TV broadcasts, press and web portals releases were published.

Press conference was concluded by the ceremonial unveiling of the Commemorative Plaque “For all supporting the new ideas of interpersonal communication” immortalizing the names of 99 representatives of media.

The Prime Minister of Poland, Mr. Donald Tusk, honored the ceremony of the opening of the World Hearing Center with an address to participants in which he stated
- If people hear one another, they also understand one another better, and this greatly improves our reality.

The Prime Minister declared also his support for all initiatives aimed at combating the problems with communication:
– We shall discuss with the Ministers of Health and Finance the possible government support to the emerging national program to fight such conditions – he added.

This statement of the Prime Minister’s is the crowning of many years of Prof. Skarzynski’s and the Institute’s team’s efforts promoting screening of school-age children, including the activities undertaken during the Polish presidency of the EU Council, that led to the inclusion of the problem of early detection and treatment of communication disorders in children in the priorities of the Presidency in the field of public health and resulting in the EU Council Conclusion on this subject.

After the Prime Minister’s speech, Prof. H. Skarzynski addressed the assembled guests recounting the history that led to the Center’s creation.

- There are many reasons for why this place is so extraordinary. Here the first in the world partial deafness surgeries have been performed, during which we had electrically complemented the normal low-frequency hearing. It was something fantastic and something that many people, for a long time, could not believe. – said Prof. H. Skarzynski during his presentation – Here there were initiated the telemedicine services on a large-scale. Today we have two state of the art studios, we have the first in the world national telemedicine network enabling contact and creating the chance to incorporate the newest information and communication technologies that have appeared in the daily clinical praxis. Here the largest number of hearing improvement surgeries in the world is performed. It is easy to say, it is much harder to do – he added.

The artistic part was ended with the concert of Marcin Wyrostek, the winner of the second edition of Poland’s Got Talent

- I would like to thank you all for being here and for being a part of great family supporting the new ideas of interpersonal communication, especially in the youngest generation – Prof. H. Skarzynski said in the closing speech.

The Opening of the World Hearing Center was accompanied by the international scientific conference on May 11, 2012. The scientific program included 43 presentations.

Scientific conference was concluded with the ceremonial unveiling of the Commemorative Plaque “For all supporting the new ideas of interpersonal communication” commemorating the names of 31 eminent scientists and physicians from all over the world present at the Opening.

On each day of the Opening of the World Hearing Center we have hosted more than 700 guests. 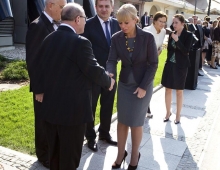 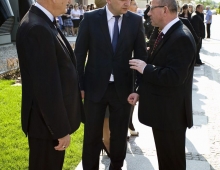 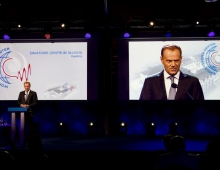 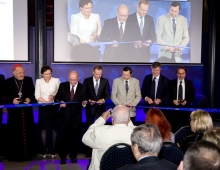 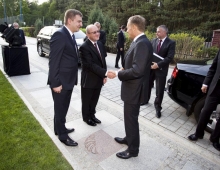 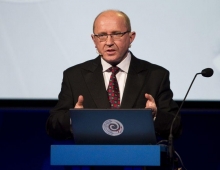 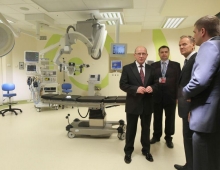 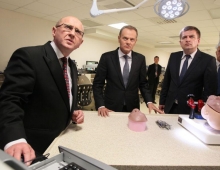 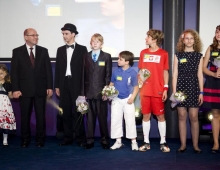 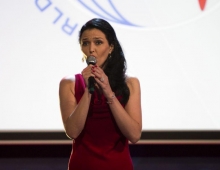 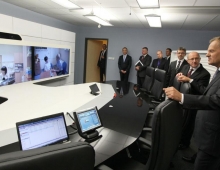 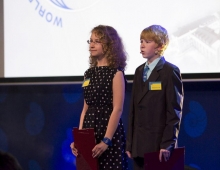 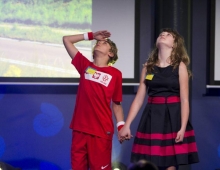 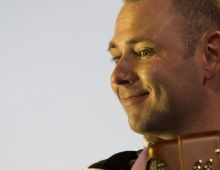 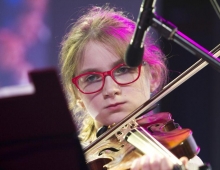 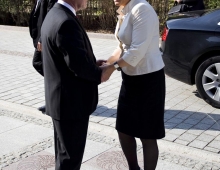